Economic development is a continuous effort to improve people’s welfare. The main problem in regional development lies in the development of policies that are based on the specific characteristics of the area concerned (endogenous development) by using the potential of human resource, institutional, and natural resource locally (regions). Potential leading sectors in Bandung Regency are agriculture, plantation, livestock, fishery, industry, and tourism. Each sub-district in Bandung Regency region has potential leading sectors that need to be set as leading sectors to be further developed. The purpose of this research was to identify the variables that influence the determination of superior potential of sub-districts in Bandung Regency. The method used to create a model in determining the superior potential of sub-districts in Bandung Regency was the Analytical Hierarchy Process (AHP) method. In this research, 4 sub-districts were taken as an example of the model that were Majalaya, Banjaran, Soreang, and Cimenyan District. Leading sectors assessment of the four districts had the following priority sequence: Majalaya District is for the Industrial sector with a priority weight of 0.326, Agriculture 0.254, Tourism 0.163, Plantation 0.149, and Livestock 0.107; Banjaran District, had the Plantation sector with priority weights 0.294, Industry 0.207, Tourism 0.205, Agriculture 0.165, and Livestock 0.128; Soreang District, had the Agriculture sector with priority weights 0.278, Industry 0.222, Plantation 0.208, Tourism 0.199, and Livestock 0.093; Cimenyan District, had the Tourism sector with priority weights 0.373, Agriculture 0.223, Industry 0.195, Plantation 0.129, and Livestock 0.081. The sub-criteria/factors that were priorities in determining the superio sectors of the district, the top 5 of the 12 sub-criterias/factors were capital, technology, business management, market availability, and prices. 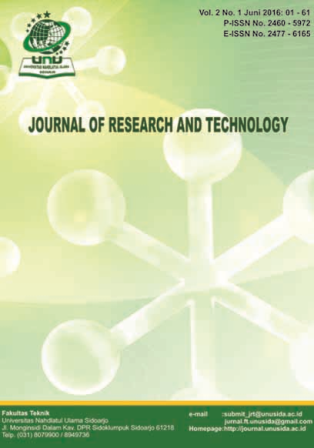